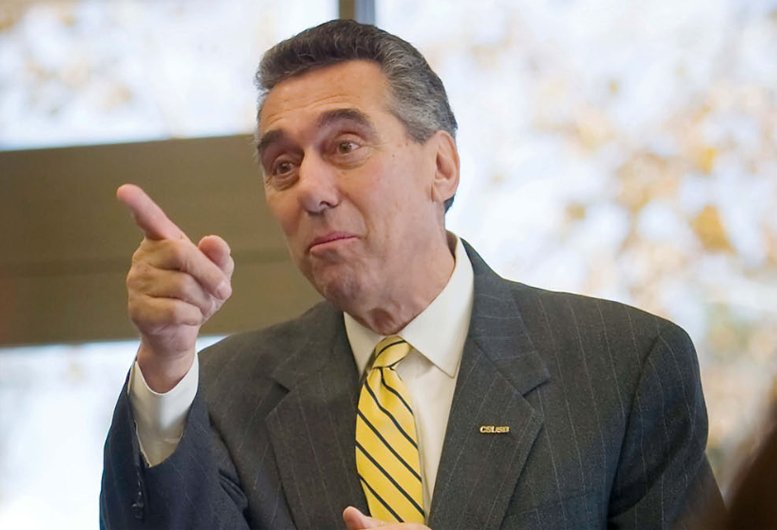 When Albert Karnig took the helm as Cal State San Bernardino’s third president in 1997, he set his sights on the future and developed a strategic plan. A key component of that plan — to build the campus’s physical and intellectual environment — would establish the infrastructure needed for success.

Karnig approached his task with an entrepreneurial vision, that innate ability to assess the reality, dream the potential and achieve the impossible. And, under his leadership, CSUSB grew, despite the economic forces that challenged it.

“I liken the work of Dr. Karnig to that of a master sculptor. The academic stone put in place by his predecessors was of high quality, but rough hewn,” said San Bernardino Mayor Patrick Morris. “He had an unerring sense of how this stone must be shaped to meet the educational needs of a region whose population was exploding in numbers and diversity, but had little contact with higher education and the great opportunities that [one can] obtain with a college and post-graduate experience.”

In the past 15 years, Karnig’s academic sculpture gave rise to 13 new buildings, including construction of the satellite Palm Desert Campus, which was built entirely without state funds…
___

Published in a special edition of CSUSB Magazine