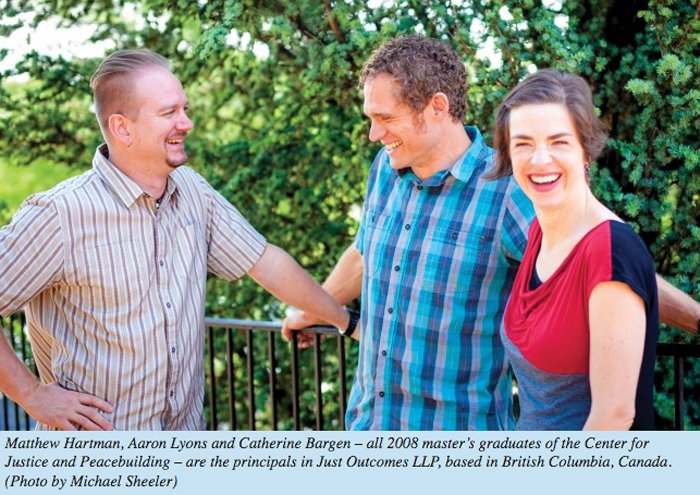 The headlines have faded, but the years have not dulled her grief. Now the young mother sits eye-to-eye with the driver who caused the death of her school-aged child. Their conversation doesn’t focus on forgiveness or serve to expedite some criminal process. Instead, it creates a space for two human beings to express lingering emotions and somehow heal.

And, surprisingly, it was the driver who requested the meeting.

“That was the first time the mother felt she had her voice heard meaningfully,” says Aaron Lyons, who facilitates victim-offender dialogues in his role as restorative justice facilitator for Fraser Region Community Justice Initiatives near Vancouver, Canada. “It was no longer about who took her daughter’s life; it was simply about her healing journey. The process was also therapeutic for the woman driver serving a prison sentence.”

For the two women, that meeting brought healing and movement toward a sense of “justice.”

In the aftermath of violence or harm, the human heart cries out for a just response. Yet that can mean different things to different people depending on their circumstance and culture. Guiding others to explore and discover their personal definition of “justice” lies at the core of a new venture launched by Lyons, Catherine Bargen and Matthew Hartman, all 2008 master’s graduates of EMU’s Center for Justice and Peacebuilding.

Their firm, Just Outcomes, LLP, helps communities and organizations develop just responses to harmful actions or situations. Defining those responses starts with determining what justice looks like for the people involved…