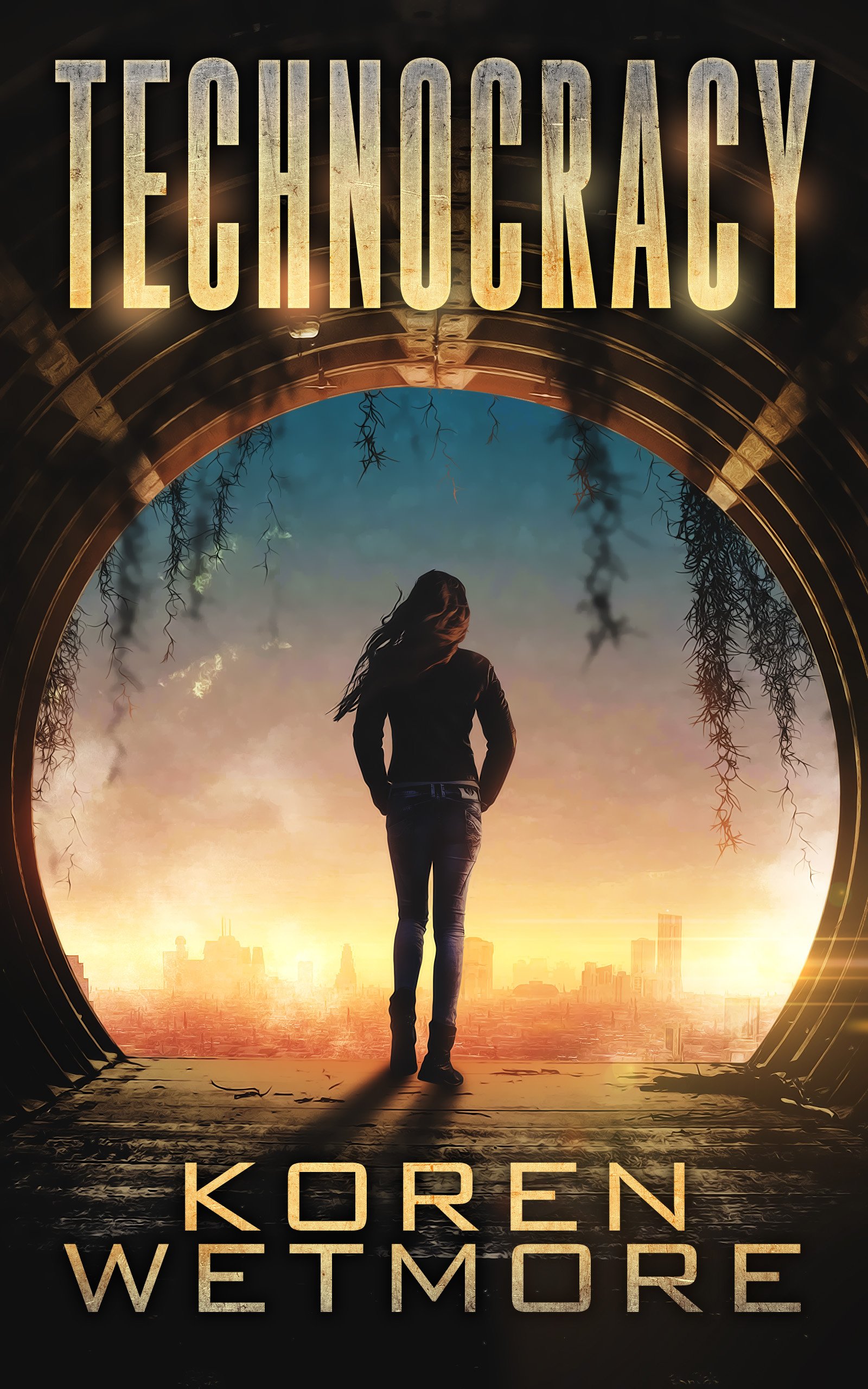 A madman enslaves humanity. She can free them. But it just might cost her life…

In the year 2142, Leti Reicher lives among war-torn refugees in abandoned tunnels beneath Grand City. Going topside means risking capture, death, or worse—being changed by the Administrator’s implant into a mindless drone.

When Administration forces draw close to discovering her hiding place, Leti escapes the city in the hope of finding the rumored Resistance led by the Administrator’s brother, Faun. She wants only to be free. But when she learns she holds the key to the Resistance’s future, Leti is forced to make a choice—flee or fight.

If she flees, she turns her back on those she left behind. But if she chooses to fight, she must confront her past, her fears, and the Administrator.

Technocracy is the first book in a new dystopian sci-fi series. If you’re a fan of Divergent or Hunger Games, you’ll love this post-apocalyptic thrill ride. Grab your copy today!

Her novel Technocracy, is the first book in a new dystopian sci-fi series. To learn more about Koren’s work, sign up for her bi-monthly newsletter.