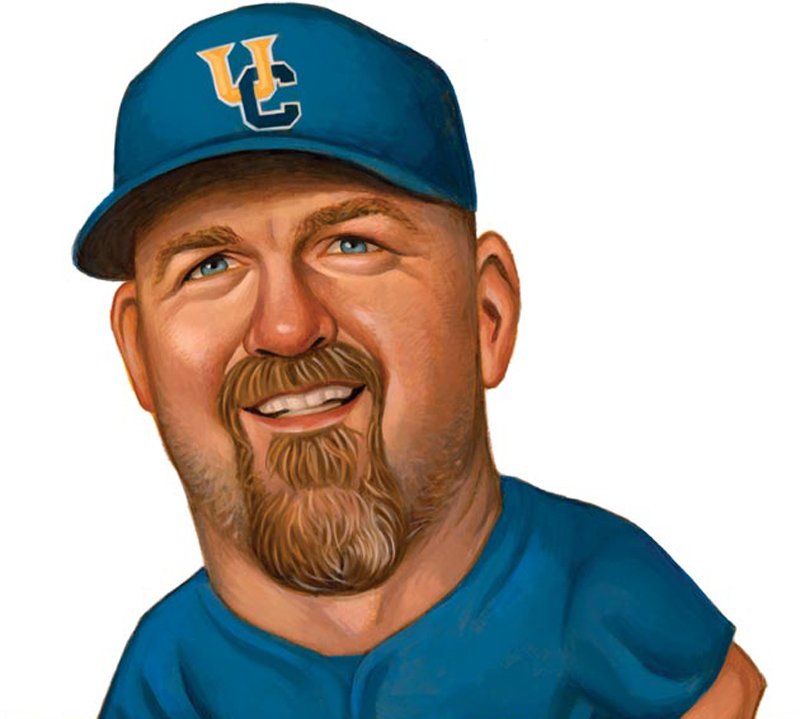 Most remember him as the Angels’ closer, a pitcher with a 100-mph fastball, four All-Star appearances, and 358 career saves. But Troy Percival is also a father, son, husband and—as it turns out—one heck of a coach, who continues to play and teach the game he ardently loves.

“Baseball chose me,” says Percival, now head baseball coach for the UC Riverside Highlanders, his college team before being drafted in 1990 by the Angels. “It’s not that I was superior to everyone else growing up, but I was always one of the better players. I wrestled, played football and basketball, but nothing stimulated my mind and my body like baseball.”

“I wrestled, played football and basketball, but nothing stimulated my mind and my body like baseball.”

Percival began playing ball when he was 6 on a Riverside Little League team coached by his dad, Richard. His father instilled a desire to excel and gave sage advice—“Hold nothing back and go full throttle till the game’s over”—that Percival carried into his professional career…